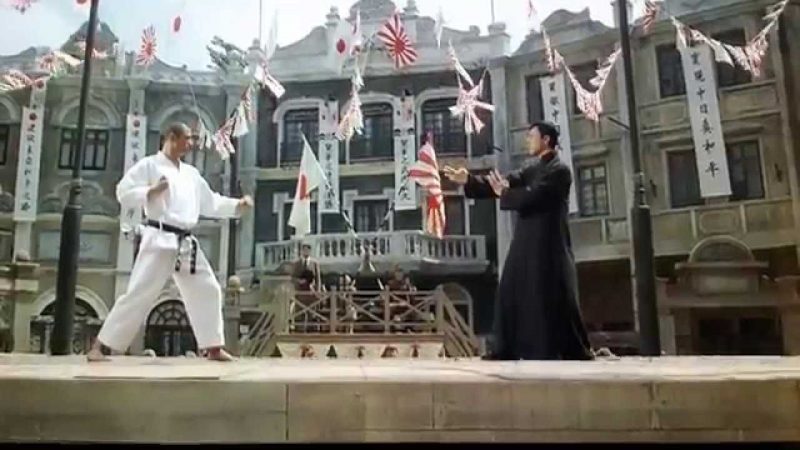 Tag lines like Karate beats Wing Chun, Wing Chun is better than Karate, Karate vs Wing Chun, splatters the internet, are always pitted against one another. However, there seems to be a lack of discussion about their similarities amidst all this conflict regarding their differences. We in the martial arts community need to come together and stop fighting amongst ourselves to better help others. So lets begin to look at this question: Do Karate and Wing Chun Share Origins? I am here to argue that they do, and that origin is White Crane Kung Fu.

Writers note: All of the information recorded below is complied via the internet and word of mouth via instructors. With all of the variances in language and historical accounting there may still be conflict. As the writer I have done my best to streamline the knowledge I have gathered and pay respects to the appropriate Masters who’s work brought these to incredible arts to life.

To begin answering the question do Karate and Wing Chun share origins let us look at Wing Chun Kung Fu First. It was developed by Ng Mui, and Shaolin nun during the ancient Qing dynasty (1644-1917) in Southern China. Much of the martial arts history is a mix of legend and fact due to the monks living on the run from the Manchu Government seeking to destroy all opposition at that time. As the story goes, Ng Mui developed a system of short range combat with heavy influences from Crane Style Kung Fu. One only need watch the Crane style form and the similarities become easily visible. For example,Wing Chun’s Bui Jee, Palm strikes, and Tan Sao shapes as well as the stance immediately show themselves in the first form: San Zhan.  Throughout the generations Wing Chun remained a secretive style and was used for assassinations due to its viciousness and effectiveness. Eventually this system was then passed down to Ip Man who then made it available to the rest of the world when he brought it to Hong Kong after leaving Foshan. Wing Chun is known for it’s direct and incredibly fast techniques. It uses structure and technique to overcome size and power by cutting angles or driving force back into the opponent. Due to its extensive and wide history Karate cannot be defined as easily.

Karate’s history is not so easily traced, due to the many styles and variations. However, in 1922, a man by the name of Funakoshi Gichin, later known as the “Father of Japanese Karate”, left Okinawa for Tokyo, Japan, to demonstrate his art to the Ministry of Education at the First National Athletic Exhibition. Funakoshi’s stunning performance led to governmental approval to include Karate in the University Education System. Combining the fighting techniques from Okinawa with the Budo, or “martial way”, he began teaching the art openly across Japan. His teaching was the key to opening the door for Karate’s international future. Karate’s many styles all have their own origins but there was a clear Chinese influence from the very beginning. One piece of the puzzle is in the name that was given to the original styles of Karate from Okinawa: Okinawa-te or Tode meaning “Chinese Hand.” It was later changed to “Karate-do” by an Okinawan Master which means “way of the empty hand.” So where did Karate come from and where does White Crane fit in?

Confirming the influence from Southern China, trade between Southern China and Okinawa during the early 1900’s was at a high. As a result of this trade Chinese Kung Fu was exposed and taught to many the island of Okinawan and Mainland Japanese. So sought after were these chinese techniques that many martial artists would journey to China for extended periods of time. Often presumed dead, many would return as masters in the style of Kung Fu they had trained. Three main schools emerged when these techniques were organized by local masters;Naha-te, Tomari-te, and Shuri-te, all located in Okinawa. From Naha-te came Grandmaster Kanryo Higaonna (or Higashionna in the original Okinawan language) and from Shuri-te came To-De Sakugawa. both men had heavy training in Chinese arts.

Grandmaster Sakugawa trained under Chinese Master Kong Su Kung (or Kusanku in Japanese). From Master Kung he learned Chinese Boxing or Kenpo. From his knowledge in these styles three main styles emerged from his school in Shuri: Shotokan, Wado-Ryu, and Shito-Ryu Karate. So even though his style of Karate does originate from China it does not really contain White Crane. However, there is another line that needs to be followed through Grandmaster Kanryo Higaonna by which came Goju-Ryu Karate. Grandmaster Higaonna spent time in Fuzhou, China, in the 1870’s and trained under Ryu Ryu Ko, also known as Xie Xie Chongxiang, the founder Crying Crane Kung Fu and Grandmaster of White Crane Kung Fu.

Writers Note: Uechi-Ryu and Chito-Ryu are both also said to have aspects of White Crane. Due to the influence as far as lineage not being quite as clear and for the sake of simplicity I wanted to focus on Goju-Ryu here.

Now, obvious to say that White Crane is not the sole founder of Karate with so many styles of Kung Fu in China at that time. There was, however, a definite influence on at least Goju-Ryu Karate (and as mentioned above Uechi-Ryu and Chito-Ryu). It is easy to quote a lineage but what about the actual techniques? Are there actually similarities that can be seen between Karate and White Crane? Yes, one very clear example is in a form called Sachin or San Zhan. The movements and similarities between the forms can actually been seen here in this video Sanchin Form Comparison.

So in conclusion, I believe it is safe to say that some styles of Karate were definitely influenced by White Crane Kung Fu. Thereby solidifying Karate as a cousin of Wing Chun (albeit a very distant one). A further study could be done on concepts that overlap from the four mentioned styles: Goju-Ryu, Ueji-Ryu, Chito-Ryu, and Wing Chun. But, I will leave that to you the reader as a challenge. As you continue your martial art journey don’t seek out conflict but look to find harmony wherever possible.

Isn’t that what martial arts is about? Making yourself better and working together with those around you. Are we prepared to defend ourselves should trouble arise? Of course, but whether you train Karate, Wing Chun, or any other system we should be seeking to common ground. As martial arts brothers and sisters we should seek help those around us!