When broken up, martial is referred to as “those inclined to war or fighting”.  Art is referred to as “the expression or creative skill and imagination”. Thus, martial arts is to be translated as “the expression of creative fighting skills”. Some (possibly the majority) of the practices still firmly embrace this concept.  However there are other practices that use martial arts as a catalyst and add it with the practices philosophy in order to create a new self. In this part of our two part series titled “Martial Arts Philosophy-Chinese Versus Japanese Part 1”, we will cover the Chinese side of the two lines of thinking.

Martial = inclined to war or fighting

Despite it having a combat effectiveness, Kung Fu (also pronounced Gung Fu) is founded on the philosophy of attaining intelligence and wisdow. Two qualities that take years to develop and attain. Additionally, the first character, Kung, when translated, means “training intensely” or “skillful work”. Translation of the second character, fu, refers to “time spent”. Together, Kung Fu may be translated as “time spent training hard” or “spending time on skillful work”. By this translation it is somewhat difficult to pin kung fu (time spent working hard) solely to martial arts (creative skill of fighting). Rather Kung Fu is referring to a skill or skills in a variety of subjects, and not just martial arts affiliated.

For instance, in today’s time when one speaks of Kung Fu, those involved immediately perceive it as martial arts—more specifically Chinese martial arts. However, this view contradicts the literal translation of kung fu as it predicates to a single subject. Kung fu is a meaning of achievement in a subject; be it in medicine, industry, mathematics, culinary or martial arts. It represents the training process that one had to go through—the strengthening of mind and body, the learning and the knowledge gained from it.

Take for example one that acquires self-achievement in the knowledge of medicine through a long period of time; in comparison, there may be slight difference from one that acquired self-achievement in a martial art. Considering that both went through intense years and massive amounts of effort to reach their goal, it is difficult to deny that both carry kung fu skills. In this case you would say that the person has kung fu in medicine and the other person’s kung fu is in martial arts.

The misuse of the word kung fu traces back to the misinterpretation of the word in Asian movie dubbings and subtitles. Since then Westerners often use it in its false pretense and is even defined the same way in the Oxford English Dictionary. Asia, even China, adopted the English definition of kung fu in the late twentieth century. The accurate term used that describes Chinese martial arts is Wu Shu. Wu, when translated, means “war”, and shu translates to “art”. Fully translated, wu shu means “the art of war” (which is also the title of Sun Tzu’s well known book). 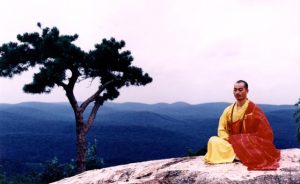 It also focuses on three aspects that make the human: the spirit, mind and body (some may refer to it as the “trinity”). The body contains all that we are—all that we are made up of—the legs, arms, torso, etc. although it may be a healthy body it is an instrument that can be improved upon. The mind is what drives us to live the lives we live and is fed with knowledge and information. Feeding it positive information will have a parallel effect on the body and will greater ones existence.

There is specific amount of time that it takes to achieve “kung fu” in Chinese arts. For some it may take a single decade, others it may take many! It all depends on your effort and dedication!

Women self defense – Is Wing Chun only for Women?