My martial arts training started late in 2006 at Dan Parrish’s Taekwondo school.  The sole purpose of me training there was for it to be an outlet for my anger issues. When my training first started, my attitude toward others, school, and life in general was horrible. At the same time that I was practicing Martial Arts, I was also regularly seeing a “Guidance counselor“ . With the help of my “guidance counselor“, my instructors at my Martial Arts school, and my parents… I was able to reduce the amount of anger I’ve always had and calm down as much as possible. 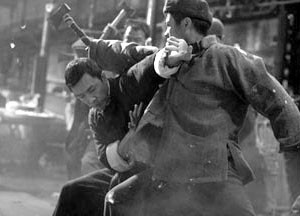 As years went on I became a black belt at the same martial arts school but under a different instructor who’s name is Master Gary Hernandez. Around that time is when I watched the first Ip man movie. That’s when I wanted to start to learn any new style of Kung Fu, but Wing Chun in particular. Something terrible occurred I was working towards my 2nd degree black belt. A near fatal incident happened to my mother and now ex-stepfather.  Once that happened, my training drastically went downhill. I wasn’t wanting to throw a single punch or block a single strike.

After a while, when I knew my mother would be OK I began to start training again. But this time I was traveling with a friend every Thursday and Saturday to Zephyrhills to continue my training. I was also training and teaching as one of the head instructors at my Lakeland taekwondo school. As 2014 was coming to A conclusion, my taekwondo school and Lakeland shut down because of financial issues which allowed me to become A full fledged student under Gary Hernandez. Once I became a student under Gary Hernandez I started training in the super foot system and earned my 2nd degree black belt.  Soon after I received my next rank, I moved further away to the city of Winter Haven which kept me from training because of transportation issues.

Fast forward towards 2016, I stumbled across the Wing Chun school in Lakeland. At the time I was very hesitant about walking in and asking questions because of the simple fact that I did not know how I would be able to make it to classes without there being A problem. I am glad to say that I do not regret walking into the front door. I met both the manager, Timothy Kittelstad, and the owner, Sifu Justin Och. They immediately made me feel welcome. 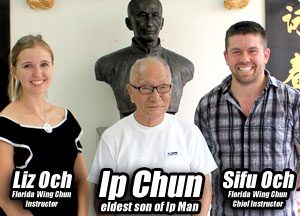 One of the many reasons why I love to train at this particular school is because of the authenticity of the Wing Chun that is being taught. There’s no place else like it, and there’s no other place that you can learn wing Chun from one person that’s been certified under multiple lineages. So far what I’ve gained and hope to continue gaining is the realness of Wing Chun and how the principles of Wing Chun affect more than just a persons martial art aspect,  but also different aspects of every day life and activities. I’ve also learned and have gained many different techniques that is and will be always important to any true martial artist. 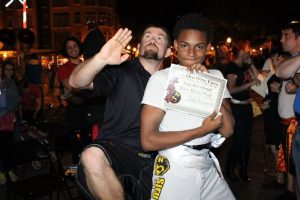 Lastly, one thing I’ve gained since I’ve signed up at Sifu Och’s Wing Chun is the love and care that he provides and all of his students. Anyone who signs up will be able to experience the greatness and directness and effectiveness of Wing Chun. They will also be able to see how family oriented the school and the atmosphere is. They will also how hard and dedicated all the students are to their training.

Hung Nguyen: Reaching Orange Sash is my story about how I reached Orange Sash level and training at Tampa...
Read More
Events