Kung Fu in its origins does not have any sort of belt system. The Chinese would wear sashes whether they trained martial arts or not. Sashes were used to help with carrying day to day odds and ends. So then why do you see modern day (typically American) Kung Fu Belt Ranking used by schools? The main reason is here in American we feel the desire to achieve or attain very strongly.

Karate and Tae Kwon Do as businesses have flourished in America. This is partially due to their dynamic movements but also due to their ranking. Attaining a Black Belt brings with it not only a social recognition but also sense of accomplishment. Setting short term goals and hitting them on the way to a larger goal is the key to achieving long term success in anything. Since these systems already had these concepts in place their transition to America was very fruitful. 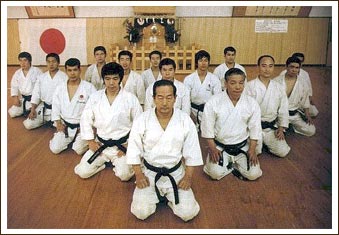 Kung Fu (Wing Chun in particular) while popular hasn’t been able to reach the same level of success. Since Wing Chun is a conceptual art it is very hard make the teaching uniform. Without a standard it is difficult to reward someone for their achievement. This concept is difficult for Americans, generally speaking, to let go of and stick to for a long period.

The need to feel achievement is not only reason, after all american’s are used to instant gratification. Technology is a big part of that. If a student trains for years on end and feels no achievement or sense of accomplishment their spirit can get dampened. As a result of our culture conditioning us many masters decided to implement something to combat that.

5th level Master, Sifu Och has been able to create a curriculum and belt system that works very well. The belts provide short term goals that are attainable within 3 months for the lower ranks. As a student progresses the term in between ranks increases and the amount of material grows.

Sifu has broken up he stages to a Black Sash into 4 main sections. Subsequently, he then broke those sections into smaller sub sections. Shirt Colors divide the main sections: White (beginner), Blue (intermediate), Red (advanced), Black (Sifu). The Sections within those shirt colors are divided again by sashes:

The above list about a year to year and a half of training depending on how hard someone pushes. 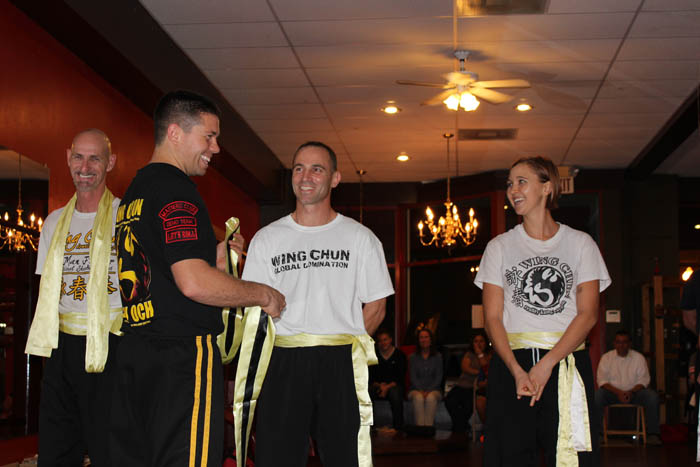 Sifu Och uses a rotating curriculum. We group students together by their main sections and have them all work on the same material. For example: if you have a white shirt, whether you are a white black belt, or a yellow white belt, you will all work on 1 of the 5 sections going towards blue shirt. As a result we accomplish a couple of different goals.

First, brand new students are able to work with more experienced students. It is not wise to pair up two brand new students with each other. The old adage, “blind leading the blind” applies perfectly. Neither of them know the techniques but more importantly they do not know how to help the other person train the technique. Having that person a few steps ahead of you when you start out as a partner can make the difference in someone staying or not.

Second, it keeps things fresh. We are able to continue to challenge students who are unable to actually make it to testing. Instead going over the same material again and again, they are able to go over new things and continue growing until they are able move to the next level. As a result of this, students also get a good review of the material once it cycles back around. This ensures that the material is well known before graduating to the next big section.

Even though traditional Kung Fu does not use any sort of ranking system, there can be great benefits to having them. Goals and purpose bring a powerful dynamic to ones training.

Kung Fu in Downtown Lakeland fl Historically, the terminology “Kung Fu” has not been present in any of the ancient...
Read More
News