The Fatal Flaw in Testing

Getting tested in martial arts can be nerve racking but also invigorating. Your abilities are all laid out to bare for all to see. No more excuses just reaction. This is quite exciting. Along with that is the satisfaction when all your hard work does actually pay off. Attaining the next level feels great and if you earned it you should feel proud. However, “The Fatal Flaw in Testing” is what I would call the Sprint Mentality.

Sprinting for your test: The Fatal Flaw in Testing

Finals week, the week before the last set of tests for college students. Energy drinks, microwaved food, and zombies with backpacks become rampant on college campuses. Students will “cram” in those last extra hours of studying to strive for that grade at the end of the semester. This is the same as I call it, the “Sprint” in martial arts. Martial art students will train for months but many times you will see a tendency to really step up the training right before a test. Even though this does encourage that extra training at the end of a section there is a fundamental flaw to this process.

Student’s who are training hard consistently will have no need to sprint at the end because they will already be prepared for the test. But for this to be realized your goal must be analyzed. If your goal is to simply achieve belt ranks, then cramming is a perfectly legitimate way to achieve that. However, if your goal is to be prepared at all times for combat, then you should train as if you had testing every day.

Grandmaster Ken Chun, from Wing Chun Dynamics in California, visited our school and gave a great tip on mindset. He explained that in an encounter you have one breath to channel all of your training to defend yourself. In that one breath you must focus your mind and your body to one task. 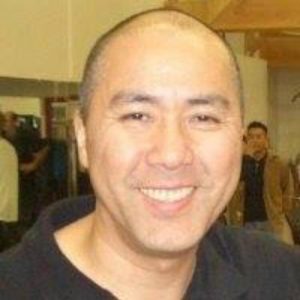 He also explained that this should be trained every single day. In other words, you shouldn’t wait for the week before testing to snap into that “one breath” mode. Every single punch, every single kick, every single takedown should be done with the same mentality. If you don’t accomplish this attack it could be the end, not of your opponent, but of you! So as you train, take in that one breath mentality every single time you move.

Attacks on the street may have indicators. However, indicators do not come a week ahead of time. They may only be caught a moment or two before something happens. That being the case, if you do not keep yourself optimally prepared you could be overtaken. If preparing for testing is your ultimate goal, you are in danger of getting caught. Testing should not be used as your goal. Your goal should be your training regiment. Each day you should seek to improve and upgrade that training. The result of this shift is that your perspective changes on your testing. Instead of looking at that as an end game, it is used to evaluate whether or not your training is effective to keep you prepare.

The importance of keeping your training up is even emphasized in martial arts business circles. Even with these successful million dollar schools the owners understand that their training is top priority. John Kovar, found of Kovar systems lists Training first, then Teaching, then Business. You don’t know when you are going to be attacked so every training day is vital to you surviving an attack.

So ask yourself, what are you training for? Have you fallen prey to the The Fatal Flaw in Testing? Are you training for a belt? Social standing? Sense of accomplishment? Or are you preparing yourself for real, terrifying, messy combat?

Many, if not the majority, of traditional martial arts systems (Tae Kwon Do, Jeet Kun Do, Karate, Wing Chun,...
Read More
Techniques and Styles

The Bui Sao, Tan Sao, and Gan Sao are three effective and important attacks you must know for your...
Read More
Contact Info