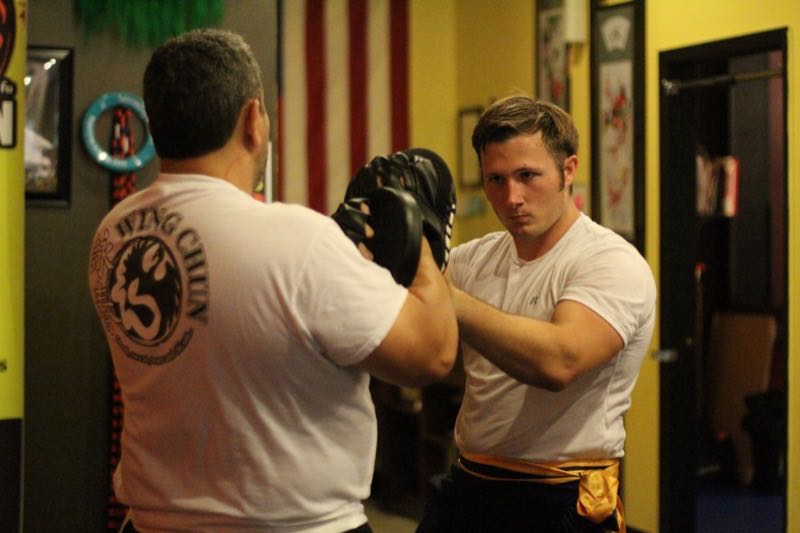 Wing Chun Kung Fu is known for being an extremely fast martial art. Allowing the practitioner to counter and intercept in the blink of an eye. Following these with a continuous flow that can utterly stun and surprise most, if not all opponents. Within this flow is a special technique that Wing Chun uses that can cause an immediate concussion if done properly. You need to master the Wing Chun Double Punch.

Most styles popular styles, Karate, Boxing, Tae Kwon Do, Muai Thai, alternate their punches typically from left to right to create combinations. For instance in boxing: Jab, Cross, Hook, Upper Cut, is a very basic combination taught from the beginning. From there, further combinations can be created. To do this, a practitioner must turn his body away to complete the strike. The body is then rotated back into the strike from the opposite shoulder to allow the other hand to strike. While of course, not every combo alternates at every strike, that is the bulk of the attacks.

One of the main differences with Wing Chun, is that while in some instances also alternating between the left and right hand, it does not twist the body. Wing Chun keeps both hips forward allowing both hands to stay in range. When a punch is thrown the entire body lurches forward to give power to the strikes. You can also see this with the Wing Chun whipping punch.

When the brain collides with the skull, a concussion usually follows. Imagine a strike that causes the brain to rattle inside the skull resulting in extreme damage. That is the purpose of the Double Punch. With the Wing Chun Stance allowing both hands to be forward the Double Punch can now be used. It is shaped by placing one fist at the wrist crease line of the first fist. Since the elbows are kept in tight, it gives the shape of two “straight” punches lined one behind the other.

Both fists travel out together until contact. Once the first fist has made contact it is lowered and immediately followed by the second fist. Since the entire body is thrown into the strike both hits have the full force of the body. The initial strike rocks the head back and the second causes the rattle due to the quickness between the strikes.

At Sifu Och Wing Chun the Double Punch is taught early on. They are difficult to understand and train but once understood they can be placed into almost any combination to compliment and enhance an attack. They are quick and powerful, and most of all effective. Along with the attack capabilities The structure of the double punch also allows for a quick and easy cover should an uppercut or body shot come from the opponent. Since the elbows are kept tight the arms are able to sink in and protect the ribs very quickly. With the ability to throw this type of strike at any point in a fight it gives the right person, with the right training, a chance against any attacker. This attack allows one to fire a powerful attack from a defensive starting point.

Finally, the only way to develop your double punch is resistance. Using a heavy bag for raw power and focus mitts and a partner for speed, timing, and distance, the Double Punch can be fully developed. Just like boxers learn how to strike right from day one, so it is with Sifu Och Wing Chun. To many schools get lost in forms, and drills and forget to hit! Find a good bag and friend. Train hard and long. If you can learn the Double Punch, develop it well, you can actually say that you have a punch that’s faster than most others! 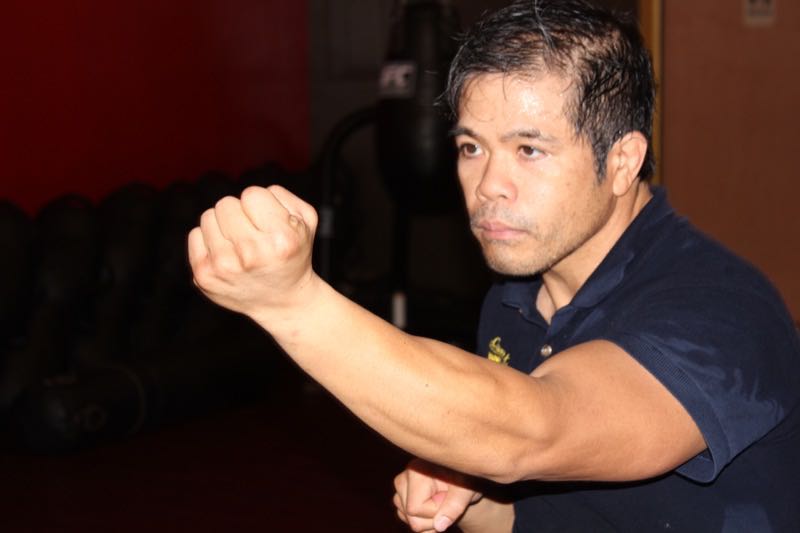 I personally never used to be a fan of the whipping punch because I found it complicated to understand and therefore difficult to execute. Many of my fellow students shared my concerns. However, once I had the whipping punch broken down for me by Sifu Justin Och, it was no longer an elusive technique! Here’s how you break down the whipping punch in three easy steps.

Moves Toward a Correct Whipping Punch (to the outside)

Often, one of the biggest challenges to the Whipping punch is the first step: “Rotation.” It’s common to feel the need to perform the rotation to the other side of the opponent’s arm either by rotating at the wrist or by a “flicking” motion of the fingers as a whole. Any rotation of the wrist or fingers is a useless movement because it does not allow you to get around the attacker’s arm. If you are rotating at your wrist and not at your elbow, then all you are accomplishing is a downward motion that will not allow you to actually move around to the other side of your attacker’s arm. You will have simply let your hand slip under the attacker’s arm, but not around it. Think of your wrist as not being able to bend, but instead as an extention of your arm. (The only rotating movement should be at the elbow!)

Once you’ve successfully rotated at the elbow and gotten your hand to the other side of the attacker’s arm, you need to adjust your arm to execute the punch. This is where the Jum part of the whipping punch is used. You need to get your arm more to the inside of your centerline because after the rotation, though you will be on the other side of your opponent’s arm, his or her arm will most likely still be in the way of your path to punch. How do we fix this problem? Simply Jum the attacker’s arm in and out of the way to clear it. With the whipping punch broken down into this second step, it’s crucial that you get it right before you proceed to the actual punch itself.

NOTE: Make sure the Jum is an inward movement of your arm to your center which knocks the opponent’s arm off of their center. It’s not a movement across the body.

This is the easy part if you have done the Rotation and Jum correctly. Just let your 45 degree punch shoot out from your Jum! Be sure your other hand is up in a protective Wu hand. Always protect yourself!

NOTE: There is no need to “rev back” your elbow, which is a common mistake in trying to do a whipping punch. Remember, pulling back your elbow doesn’t help you to get around the attacker’s arm, nor does it make your follow up punch any stronger. It will make your punch delayed getting to its intended target and most likely it will be off of the center line. You don’t want to go backwards to go forwards!