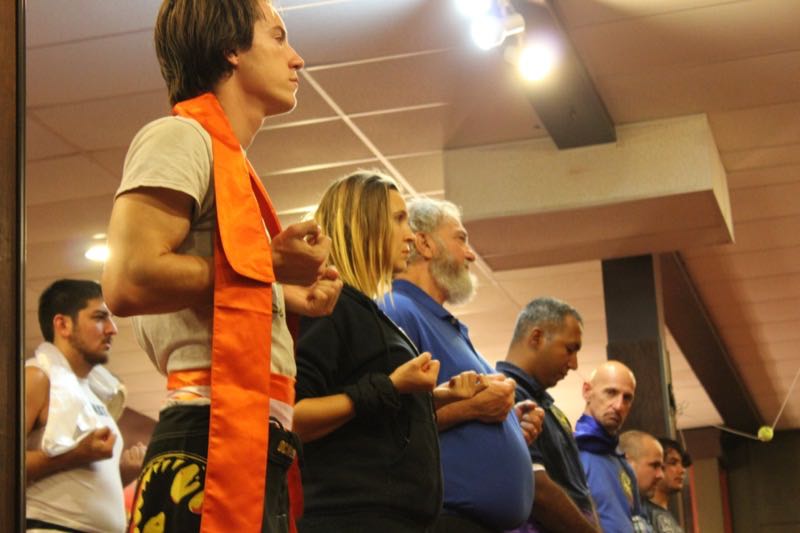 When most people think of the word SUCCESS they envision someone with lots of money or power. However, success does not apply to only those two areas, it applies to all aspects of life where an individual has a goal to be reached. What do you think of when you hear the word “success”? We compiled some of our favorite Never Give Up success quotes that can be applied to your Wing Chun kung fu classes.

“Success is not a destination, it’s a journey.”

Successful People Never Give Up

Contrary to first thought, success is not the reaching of the goal, but the growth of the individual towards that goal. As you look at any “successful” person, whether it be in Finances, Health and Fitness, or Martial Arts, there is one thing in common with their journey, they NEVER gave up. And because they NEVER gave up they grew into a person that was able to achieve the goals they were seeking. They BECAME successful.

This very famous quote emphasizes the focus of ones time towards excellence in few abilities rather than mediocrity in many. Hidden within the little proverb is another truth, that to be able to complete 10,000 of anything one must have a character saturated in diligence, perseverance, and patience. Coupled with these characteristics is belief that in time any goal can be achieved with persistence and consistent work. No matter what the obstacles, what the challenges, if a person simply decides in his mind that he can accomplish something, and NEVER gives up, anything can be achieved.

80% of people that walk through a martial arts door and a decide to actually begin their journey quit within the first 3 months. Only 3% of students actually make it to the coveted black belt. What its the difference? Why the huge gap? Because NEVER quitting, no matter how hard it gets, is an attribute that most do not understand.

“The Master has failed more times than the beginner has even tried”.

Failure is commonly viewed as a negative aspect of life. Growing up in school we are conditioned to avoid failure at all costs which causes much stress. This pressure is actually misplaced because the common view of failure is incorrect. Failure goes hand in hand with success. Without failure there cannot be success. We are imperfect beings therefore there will be imperfect decisions and actions taken. Once this is accepted failure becomes a teacher that one can learn to improve all areas of their life with. Failing a belt test does not mean you are a bad martial artist, if you have put in the time and work. Tests are designed not for the teacher, but for the student, to see where they are in their journey. If that test is failed, that is simply another indicator of what steps are needed to help the student grow and move forward.

The pain of failure, in time can become powerful tool in the process of upgrading ones character and abilities. Over time, as one begins to actively use failure as a tool, it no longer brings feels of pain and discouragement, but of excitement and determination. However, to reach that level of mental maturity, one must be patient and allow the growth to happen. We did not learn to walk in one step. We fell down as babies, and ALWAYS got back up. It didn’t matter what our parents, siblings, friends, thought, we simply got back up and kept walking! NEVER GIVE UP!

“Pain is Temporary, if I quit, however, it will last forever”.