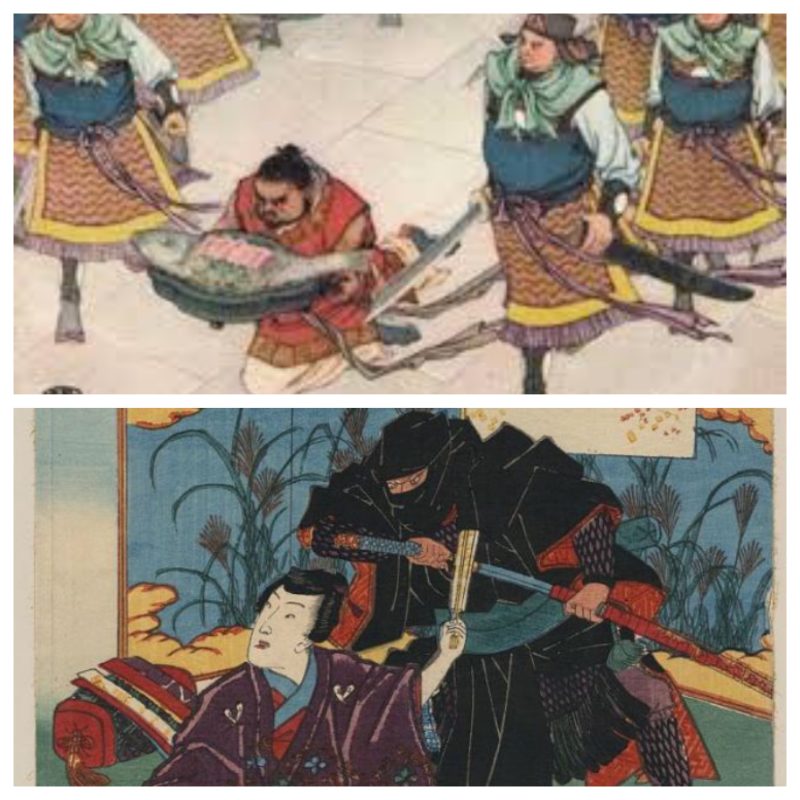 The lines between eastern cultures many times become blurred when looking from the western side. Food, music, clothing, etc, can all seem to run together to the uneducated eye. One distinction to make involves the difference between the Japanese Ninja versus Chinese Assassins. Two very rooted aspects of Japan and China’s history, and yet so different. I will seek to clarify the distinctions here by touching on the history and training these two groups.

Ninja Versus Chinese Assassins – The History

Between the years 600-900 A.D. the skills needed to form the Ninja first began to develop. The first “official” Ninja school seems to have come about in the 12th century. Daisuke, a disgraced Samurai, met Kain Doshi in the Southwest Honshu mountains. Kain was a chinese warrior-monk who, with Daisuke’s help, created the art of Ninjutsu. It was Daisukes descendants that later created the first Ninjutsu school for formal training. The art then reached it’s peak during the years of 1330-1660 A.D. due to the many feuds with warring Samurai.

Looking at the history of Chinese Assassins gives you another perspective. Chinese assassins had no formal association or school like Japanese Assassins (Ninja). The Chinese Assassins Corp in the early 1900’s is not included because this was more an anarchist group than a martial art foundation. Chinese Assassins made marks in history—not by what they trained, but by their loyalty. This loyalty went to such extremes that their actions were burned in the annals of history from that moment on. One such story includes that of the midget Yao Li, who stood no higher than 4 feet tall. To complete his mission he requested that his hand be cut off and his entire family killed.

Using these events as a cover story he was able to infiltrate the ranks of his target, Qing Ji, and swear allegiance to him. The moment to strike came as Qing Ji, poised his fleet to attack his enemy, King Helu. Qing Ji stood atop his ship’s deck with Yao Li at his side. Seeing his moment Yao Li thrust his spear into the back of Yao Li. After completing his mission Yao Li committed suicide. He had disgraced himself with mutilation, by having his family killed, and through the betrayal of Qing Ji.

The birth of the Ninja came as a counter to the traditional Samurai and Bushido code. The Samurai, through their code, believed in honor and loyalty to family. Bushido was more to the Samurai than just a set of rules. Interwoven in their very person, it dictated their actions. To break this code meant to bring shame and dishonor to ones family and line. The Ninja capitalized on this instead of taking the Samurai head on, attacked them at their weakest. Their training focused on stealth, deceit, and guerrilla warfare. To the Samurai this type of behavior was shameful, but to the Ninja this didn’t matter. The goal was to accomplish the mission by whatever means necessary.

Since the Chinese Assassins had no formal coalition, there existed no common skills either learned or taught. Each individual account tells of different skills used each time. The story of Nie Zheng as opposed to that of Yu Rang. Nie Zheng got recruited based on his martial arts skill. After completing a commitment to his mother he simply walked into his target’s, Xia Lei, residence and cut down everyone in his path. Minister Yu Rang however went to more drastic measures. Hoping to avenge his Earl, Zhi Zao, he attempted twice to assassinate Xia Lei.

After the first attempt working as a servant in the lavatory failed, Zao had to take on a disguise. So fierce was his loyalty that he not only scarred his face horrifically but swallowed burning coals to change his voice. Although he did not complete his mission, Xia Lei became moved by Zhi Zao’s devotion and allowed him to cut a piece of his fabric. After completing his mission in ceremony, Zhi committed suicide.

Even though many distinctions exist between Ninja versus Chinese Assassins, common threads still exist. Both remain very deadly, and both played a key part in each individual country’s history. History is an important part in martial arts. Knowing the origin and purpose for which something originated helps you understand its use now. Don’t just seek to make your knowledge wide, let it run deep.