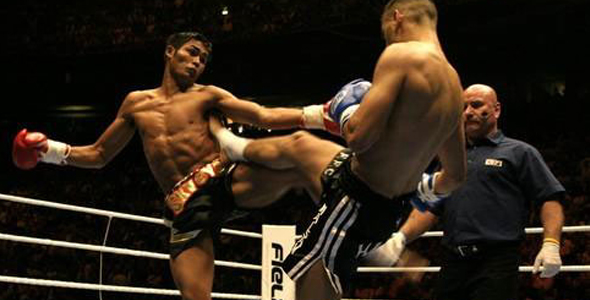 (this article can not be copied or used on any other site, permission only to share link) Though we are not MMA, we understand the want for practitioners to feel more secure in their survival.  It is this “Foshan mentality” of the challenge fight that has many martial art businesses evaluating their curriculum and future instruction.  This mentality and reality training in turn has strengthened the resolve in some martial artists about their traditional martial arts 2 style and shaken the core of those styles who have spent the majority of their time on techniques that were more flash than use.

Many schools that did not have the answers before because either they were never taught to them, they had to work with the market they were given which wanted flashy and easy progression or because they never looked deeper into their style to see if the answers were there first have instead brought in other martial art styles to fill the gap. Traditional martial arts 2 is provided by wing chun kung fu school. As the perceptions of preconceived traditional forms and techniques have caused many martial artists to evaluate their techniques for effectiveness and weaknesses.  The answers are their within your art.

The question is do you know them or are you willing to seek them out.  For many it is sometimes easier to dismiss deeper research as it takes a lot of time and money.  Though this is where the original martial art and its intentions get lost and incomplete Masters of styles rise without the understanding of their arts original purpose and techniques.  There is nothing wrong with mixing martial arts as long as you are a Master of both of the ends you mix.  Thus knowing is the understanding and seeking out of all the knowledge of a style and confirming everything you have been taught by more than one perspective and source of applicable knowledge.  Thus knowing and mastering each style you seek out is the pinnacle of mixing instead of a hodgepodge of a few months of training in multiple styles and gaining no real depth to anyone of them.   I believe and respect the practitioner of an art that seeks out all of the practical uses of their style and wants to further the development and laying the foundation for the next generation so that these “original martial artist” are not lost but gain a foothold in the past they were developed in and for and the future that asks for them once again.  Preservation of all applicable knowledge is a task only the dedicated and determined are willing to take up.

For those practitioners that try to keep their original styles intact while teaching street practicality I give you my respect.  Keeping and training the war like styles that traditional martial arts have come from is difficult. Not only in building a business but in finding practitioners willing to put in the dedication and time it takes to achieve usable advanced understanding and skill.  On top of all of this a Master has to dedicate his life to teaching, exploring, paying and diving deeper into their own system to pass the full knowledge and not just what their teacher’s teacher taught them.  This ensures that the next generation contains as much of the puzzle as possible and not just pieces.

The terminology of Traditional Martial Arts has come with the thought that they are old, useless, rigid, dogmatic, cultist and hold the students mind and body down from further expansion or else they will dishonor there past masters and their sacrifices.  Yet in almost every style of these “Original Martial arts” their masters were constantly looking into themselves, their fights and their styles so that they could become better.  These old Master’s would seek out higher level instructors, train with them day in and day out until they completed the entire style and then after full understanding would incorporate these styles and fighting systems together.

Survival, that was the only goal each original martial art was conceived for. That was why each style was created.  These old instructors trained and traveled to uplift their ability to increase survival.   It was only after this that Masters then took on students to support themselves and the survival of their communities.  It has always been the goal of every original martial art instructor and every reality based martial artist to stick to these war and combat survival tactics.

I wish to further understand the art and honor these past Masters and their sacrifice. Yet nothing can honor them more then becoming the best survivor of your art and diving deeper into the truth of it. 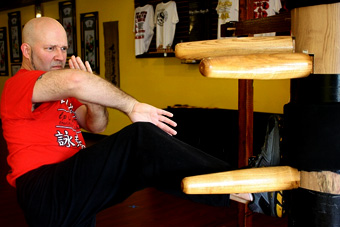 For some of us it was always the goal of training within the traditional martial arts to develop a system and practices that would work as a combative technique in modern times. When we talk about traditional martial arts, we’re referring to training that’s rooted in the tenets set forth by the original master of the style or technique. For some, there may have been a change within their school and training as the martial arts have begun steering away from the “fancy” and entertaining styles of the past and more towards the efficient realities of modern combat.

Some martial art schools are playing catch-up, just now seeking to show that they are part of a realistic street protection and combat training system.  In contrast to this, some schools, like Sifu Och Wing Chun have always sought to train you and your family in empty hand combat, knife defense, gun protection, stick, ground, and defense techniques against multiple attackers. You can likely see the difference between tradtional martial arts training and a modern combat system simply by coming down and trying us out for a week or two.

The question we ask in developing and honing techniques is “What is real and usable within a particular style”. We appreciate and utilize older, traditional training techniques, but with two very distinctive goals: First, we keep those effective techniques and practices alive, and second, we bring back and incorporate the effectiveness for which they were originally developed. In the past 60 years of martial arts training we have seen a change in people’s attitudes, goals, and especially their mindset (mostly in the West) with respect to the realities and the myths of combative martial arts styles.

The want and need for reality based fighting is quickly becoming the face of martial arts within many communities.  Though this is nothing new to “Original Martial Artists”, a martial artist that seeks the original purpose and effective applications and techniques behind their arts original development. As reality training for no rules fighting and war was the purpose and creation of truly traditional and original combat styles.

For many years the martial arts have placated to those wishing to receive a black belt without the hardcore training it originally required. With eight year olds and teens walking around with black belts with no clue to the hardcore combative nature and application it takes to be a real black belt of their style.

As martial art schools began giving away belts and levels the truth always has remained evident.  A true combat practitioner and true black belt can and will always be able to beat a person who has not truly earned their rank.  Those who wish to reach a higher skill set and levels for street application will seek out the instruction and institute to reach their intended goals.

Whether you like the uptake of MMA mixed martial arts or not the great part about mixed martial arts is that it has shown people what is working in their system and what doesn’t. It has brought back the days of the challenge match, where one school could challenge the performance techniques of another. Wing chun kunf fu is a Traditional Martial Arts Academy. Challenge matches in Fushan and all over China became the proving ground for what worked in your style.  It is my hope that this influx brings martial art instructors motivation to push their students and their schools instruction to new heights.

Wing Chun was a conglomeration of some of the best veteran southern kung fu styles and Shaolin Master’s within the Sil Lum Temple and China’s 5,000 years of war.

They came together as Master’s of individual specialties and created something together, something they felt would be better.  The style itself is a mix of southern Chinese Shaolin martial arts but was created by high ranking Master’s, each at the pinnacle of their fighting style. Wing Chun must respect all styles as we are reminded we came from them over three hundred and fifty years ago within the 1700’s.