Gathering many of the top martial artists in the world for a weekend of training, sharing, and recognition, the EUSAIMAA (Eastern USA International Martial Arts Association) is the of the oldest Hall of Fames in the USA. This Black Belt Hall of Fame is one of our favorite times of the year.

The EUSAIMAA is not an association that you can buy your way into. You also don’t submit your own awards for the ceremony like many other Associations and Hall of Fames. Entrance into this hall of fame comes at no small cost. For approval to be inducted, a member must put his reputation at stake to refer someone else. With this check in place, The Black Belt Hall of Fame has successfully brought together some of the most talented and deadly martial artists for 29 years.

What is the benefit of such a gathering? With so many talented people coming together from 64 countries there could be a lot of conflict due to ego and pride. However, when you gather talented people of strong character, you get a melting pot full of opportunities. This exposes martial artists to other styles, allowing them to make many lifelong friends. The biggest thing that can be gained from such weekend is humility. 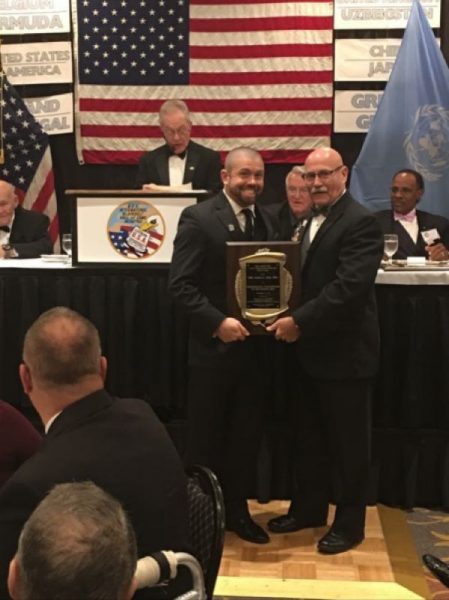 Seeing Masters and Grandmasters in so many different styles showcasing their arts full potential really puts in perspective what one person can do from staying dedicated to something no matter the style. And not only where the different styles great to watch, it was amazing to see the similarities! Seeing the footwork of Ninjitsu blend with Kenpo at times. The hands of Karate alluding to White Crane. From Ninjistu to Kenpo, Karate to Wing Chun, one can really appreciate and respect someone else’s passions and beliefs. You could really see that respect in place with how everyone came together that weekend to help each other grow.

What this weekend was really about was unity. It was great to see such unity in a world that has so much strife, division, and hate. There was nothing but love in that hotel this past weekend. Love that crossed all borders, colors, and politics. The love was based on a common mission we all have in the martial arts world. That mission is to protect those we love and reach into people’s lives to help them become stronger and better. By doing so we create and better world by changing one life at a time. Through the struggle and toil of training we overcome our own demons so we can show other people the way.

With a common goal in mind, the awards ceremony that Saturday night was nothing less than beautiful for The Black Belt Hall of Fame. Everyone from Masters and Grandmaster’s awarded for their lifelong dedication to their art, students, and community, to special needs students defeating the hardest of obstacles. Award and praise is given to those who stay determined! Over 450 black belts in one room encouraging one another is a site to behold and even though praise and awards should not be one’s motivation, it does something to a person to know their actions do not go unrecognized. In each school those who put in the work should get rewarded. By focusing on the positive aspects of training students learn to replace negativity in their mind. This is a great practice to have in all walks of life.

Ninjitsu, Kenpo, Karate, Wing Chun, Kendo, Tae Kwon Do, Krav Maga, the list goes on and on. No matter what you pick, train hard. Stay dedicated and humble. Seek to serve those around you by being the best you can be. It doesn’t matter if you are 15 or 55, you can make a difference to those around you. Develop the black belt mentality and defeat your obstacles no matter the size and one day you could be in The Black Belt Hall of Fame.

Learning martial arts, whether it’s Wing Chun or Jujitsu, offers a lot of advantages for students. While it’s possible to learn...
Read More
Techniques and Styles

Muscle conditioning with King Fu is a great way to build strength, endurance, and power. After all, great Chinese...
Read More
Contact Info