Dit Da Jow Basics will explain what Dit Da Jow is and some of its uses. Dit Da Jow is an ancient Chinese healing liniment used both externally (rubbed onto the skin) and internally (ingested in small amounts). Externally it stimulates circulation in order to improve the healing of injuries as well as reduce pain and swelling. Internally it improves blood flow as well as Qi. One can improve its effects by applying the liniment before injury occurs. Such as in the case of conditioning or regular martial arts practice. If someone is throwing a punch at you, even an effective block can cause bruising. Many martial artists may consider bruises to be lesser injuries that will heal themselves; however, repeated injury to the same area may end up causing stagnant blood or Qi which may create greater problems later. The Dit Da Jow breaks up the stagnation and improves the overall health of the practitioner.

Originally practitioners combined the herbs for the Dit Da Jow with rice wine and put the mixture into a clay vessel that was then buried underground. Today the ingredients above (as well as others not mentioned) are usually combined in various amounts with vodka or gin. The higher the percentage alcohol, the better the extraction of the herbs. As low as 80 proof vodka should be sufficient, but some people choose to use up to 190 proof vodkas. After combining the herbs with the alcohol, the mixture must sit for a minimum of three months. Though the mixture may have a better effectiveness the longer it brews. Many practitioners will allow their Dit Da Jow to sit for years before use.

To understand the use of Dit Da Jow on bruising, we must first understand what a bruise is. We all know that bruising happens when the body suffers a forceful blow or trauma of some kind. The skin then starts to turn different colors and becomes sensitive to touch or movement. This trauma sometimes causes small blood vessels to break, causing red blood cells to collect under the skin. Use of Dit Da Jow on a bruise can improve circulation and reducing stagnation of the red blood cells under the skin. 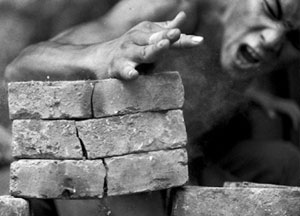 Dit Da Jow is also used to aid in the process of conditioning. Conditioning is a common martial arts practice that is often done by repeatedly striking a specific area of the body (i.e. shins, forearms, fists…) against something or someone. Practitioners will do this in order to make that area stronger and less susceptible to injury. Dit Da Jow can help in the conditioning process in two ways: applying proactively to reduce the likelihood of buising, and/or afterwards to speed the healing process.

Whatever the formula of used, or the reason for using it, Dit Da Jow still holds an important place in martial arts culture and practice. Not to mention the herbs make it smell fantastic and it is a great excuse to buy vodka.

You may be making progress but not recognize that you are. So how can you start seeing Wing Chun...
Read More
News

Full Body Self Defense is developed for protection and peace Using your entire as a weapon; my grandmaster in Tai...
Read More
Contact Info