(this article can not be copied or used on any other site, permission only to share link) First let me start by saying I believe in training pure wing chun, how many schools claim pure wing chun, we all train in wing chun but who is pure?  Who is without the influence of experience and how that has molded how we use Wing Chun, how many schools are out there with a different way to do everyone of the forms, the dummy, even our Chi Sau is different in the way some hold the arms and energy.  Yet so many schools say pure and complete Wing Chun is only taught here.

Traditional Wing Chun also named the eternal springtime art or “every lasting/changing beauty”.   Chinese Martial arts have never produced a completely pure style. Every martial artist has been in some way or form effected by another practitioner by either what they saw, trained in or fought against.  Their background training, fights, and varying scenarios shaped the future of each style creating effective combinations that changed as the practitioner grew.  That is why” Pure Wing Chun” uses reaction and direct centerline rules of engagement.  If you break the rules then you break the centerline which is where your vitals and fighting stability lie.

Through research I have found that it is very possible that Wing Chun only had a elite selection of quick direct attacks with simultaneous offense with no combinations or forms.  Rather these may have evolved as ways to hide the fighting style under different governing rules such as on the Red Boat Opera Troupe during the Manchurian Government’s rule.  Later these forms and combinations evolved much like fighting styles of today.  Through differing teaching methods, fight experience and the variety of practitioners and their individual backgrounds.

First and foremost let me begin by saying I have faith in preparing immaculate pure wing chun, what number of schools case unadulterated wing chun, we all train in wing chun however who is immaculate? Who is without the impact of experience and how that has formed how we utilize Wing Chun, what number of schools are out there with an alternate approach to do everybody of the structures, the sham, even our Chi Sau is distinctive in the way some hold the arms and vitality. Yet such a large number of schools say unadulterated and complete Wing Chun is just taught here.

Chinese Martial arts has instead produced many amazingly effective styles of combat and Wing Chun is by far one of them.  From the name of Traditional Wing Chun, Modern Wing Chun, Integrated Wing Chun, the principles set forth are simple, fast and devastating.  Wing Chun’s origins come from five masters who put down all thoughts of self and secrecy and came together to create Wing Chun a style for all oppressed people; Gee Sin Master of Chan (Zen), Ng Mui Master of Dragon Style, White Crane and Five Pattern Hung Kuen, Bak Mei a White Eyebrowed Taoist and Master of Bak Mei, Master Fung To-Tak and Miu Hin an “unshaved” (lay) Shaolin Disciple. Ng Mui was the original founder of the system.  She was the daughter of a Ming Dynasty general, a master of many southern kung fu styles and a Buddhist nun. She was assisted in its completion by four other male shaolin masters whom she had trained with since she was a child.  Wing Chun came together out of the understanding of five different masters from mulitple southern chinese styles of Shaolin kung fu.

Wing Chun came from the best survival methods that the Chinese had in their arsenal and was created during a time when weapons of all types were in use and abundant.First let me start by saying I believe in training pure wing chun.

From knives and guns to large swords, cannons and cultural exchange five  legendary Shaolin masters raised within the Sil Lum Temple created a style to accompany all their collected information and combat knowledge. 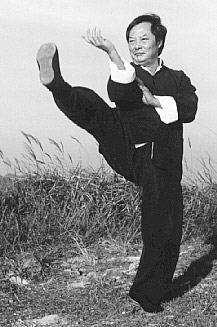 With such a huge history of Chinese martial art secrecy the fact that Wing Chun came from the compilation and unyielding knowledge of five separate unrelated Chinese Martial Master’s is astounding.  Our art is not a pure style because of its need in history not to be, that is what makes it great.  Traditional arts at the time were being held against the Chinese.  Wing Chun was created to allow the weak to overcome the strong through an advanced system of techniques that were created from 5,000 years of conflict.

Even Ip Man was changing the forms up until his death.  It is a well known fact that as Wong Shun Leung fought and brought information from his fights back to Ip Man, the forms changed.  Ip Man didn’t change anything drastically but added to or slightly adjusted movements to better suit his students fighting prowess.   Wing Chun is about reaction and realistic fighting each of its well known practitioner’s are known worldwide because of their fighting ability against other styles and no rule street situations.

Many instructors will tell you not to change what they have taught and the way the system is. Yet there are many Grandmasters and Master’s who have different takes on the same art that are extremely effective.How many schools claim pure wing chun, we all train in wing chun but who is pure?

Coming together and sharing knowledge was what made Wing Chun great, to hold this back is to have a full understanding from many perspectives lost.  Wing Chun doesn’t need to change, but the practitioner needs to gain a full understanding of all the individual and complex aspects this art contains.   Wing Chun Grandmaster’s change, adapt and grow their art and their students change within the rules and principles Wing Chun sets forth.  Though no style is pure, I have never changed anything within my system of Wing Chun that was not proven and shown to me by a Master or Grandmaster of my system.  Anything seen within my system of Ip Man Wing Chun has come from life times of proven applications and dedication.  I have gone to great lengths and will continue to do so as time passes.

Today, with our ability to strengthen our bodies, and minds and improve our style, we can take Wing Chun’s built-in effective nature to a new level, by coming together and sharing that knowledge.  This website, my travels and teaching this information is my way of starting that process so that we come together as the five once did, lifting the skills and knowledge of any and all that are oppressed and have a passion for this art.  Many styles effectively threaten the goals of purity in original martial art systems, that purity is survival, survival of the style, its power and original intent.  It is time to put down the worry and secrecy and bond towards a common goal of effective representation and instruction in an art that is being lost and muffled in the noise of a new century.  The human body has not changed and effective techniques ring more than any words or thoughts, but only if they are taught to the next generation properly.

Pure Wing Chun doesn’t exist, you make it exist by your training and research

Pure Wing Chun doesn’t exist but you can seek out the instructors who have spoken to and trained under the Master’s and Grandmaster’s who have the best understanding and techniques that keep the purity of the principles, mind set and style of Pure Wing Chun.  This is truly the best way to become a Pure Wing Chun stylist.

That is why” Pure Wing Chun” uses reaction and direct centerline rules of engagement.  If you break the rules then you break the centerline which is where your vitals and fighting stability lie.

For a better understanding of Wing Chun contact us today; http://sifuochwingchun.com/contact-sifu-och/

With all the love in my heart for this amazing system. My life and love is Wing Chun and my goal is to know this art and make the best practitioners, instructors and masters I can to glorify and assist the understanding and spread of this truly unique and powerful martial art.