What is Kendo? Kenjutsu, founded on the principle of setsunin-to (life-taking sword) was the base for Kendo historically. Katsujin-ken (life-giving sword) and Katsujin referred to as “the sword that animates the sword fighter” are now the modern principles for Kendo. In essence, the focus shifted from taking a life to improving ones own life through Kendo’s Practice.

What is Kendo: The Practice

In classical bugei [traditional Japanese military arts] parlance, the connotations are concrete. The “sword” refers not to the weapon itself but to its usage. When referring to combat the opponent’s responses and fighting spirit taken, not his life. When a combatant uses force of will to overpower, immobilize, and strike down an opponent before he can react, this is called “setsunin-tõ” (i.e. “sword[smanship] that transfixes”, or ‘swordsmanship that kills response”). “Katsujin-ken” (“Swordsmanship] that animates”), on the other hand, involves drawing out the opponent, inducing him to strike, and then going inside his technique, countering it either at the moment of origination or at the point of its most complete extension. Setsunin-tõ is an egoistic and risky approach to combat – the slightest miscalculation will result in the swordsman walking straight into the opponent’s counterattack. Katsujin-ken, by contrast, involves a sophisticated manipulation of the opponent and his actions by means of utter selflessness, properly conducted, it is virtually undefeatable.”

The Tools of Kendo: SHinai and Kendoka

In short, The concept of Kendo is to apply the principles of the katana to discipline the human character. Consequently, seldom does kendo ever use the actual katana. Kendo practitioners, called Kendoka, utilize a Shinai for full contact sparring practice. The Shinai formed from four bamboo staves and leather. Alternatively, Kendoka would use a bokken or bokuto made from solid wood to practice basics and forms (or kata). 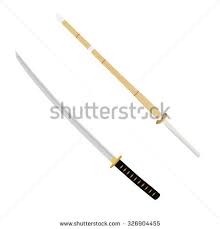 Karate, Taekwondo, and Kendo, etc. Employ a system of detailed patterns of movement or Kata. Moreover, each form of Kata deeply illustrates numerous aspects of the art. Kendo’s Katas are usually performed with a bokken as previously noted. Overall, each of the Kendo katas “…studies a single set of concepts in a very pure setting allowing the practitioner to delve deeply into these concepts” (kendo-usa, 2009). Kendo kata is performed with two people, the Uchitachi and the Shidachi. The Uchitachi always sets the pace and distance. In addition, the Uchitachi is also the first to attack and the Shidachi initiates the proper response to it. Participants demonstrate the first seven Katas equipped with a long sword. Finally, Kendoka perform the last 3 with a short and long sword. The short sword demonstrating the proper defense against a long sword attack.

All things considered, Kata is only a part of the training in Kendo. Like our training here at Sifu Och Wing Chun, as well as many other martial arts, Kendo requires a great deal of discipline and dedication to its training. From its teachings one will learn etiquette, proper sword handling and different postures and foot work. With these instructions and training one will be able to define their way in life as well as develop a rich outlook on it—“they will be able to put the culture of Kendo into use, thereby benefitting from its value in their everyday lives through increased social vigor (AJFK, 2007).

The purpose of practicing kendo is:

To mold the mind and body,

To cultivate a vigorous spirit,

And through correct and rigid training,

Strive for Improvement in the art of Kendo;

Associate with others with sincerity,

And to forever pursue the cultivation of oneself.

Thus will one be able to love his country and society,

To contribute to the development of culture,

And to promote peace and prosperity among all people.

In this Article: “A Letter To Myself-Marcus Morales”, Marcus tells us his story of how he started his Wing...
Read More
News

Never Give Up in Wing Chun

What do you think of when you hear the word "success"? We compiled some of our favorite Never Give...
Read More
Contact Info