Too Young for Martial Arts?

Every martial art school will refuse to train children under a certain age, but what age should that be? Some schools set a hard and fast number. Other schools base their choice on the individual. No instructor wants to waste his or her time with a student who is unable or unwilling to learn. Some argue that a child should wait until he or she can comprehend the information before beginning their training.  Others argue that a child should learn discipline through martial arts as young as possible. So what is too young for martial arts?

What Age is Too Young For Martial Arts?

Children as young as two years old have been seen training and competing in martial arts. In fact, one of the largest martial arts tournaments in the world, the U.S. Open, has no minimum age requirement – rather an entire bracket for children under the age of five. This is said to be beneficial to professional child competitors, but what about the average student? While it is certainly possible to start training at this young age, we need to determine if it is in the best interest of not only the child, but also the parents and the instructors involved. Many children pushed into taking martial arts classes too early wind up burning out and losing motivation to continue. As a child, I remember a period of time when I only went to class to satisfy my parents who had already invested a good amount of money. Burnout causes many students to leave. To avoid burnout, open communication between the student, parents, and instructor is critical. Our Little Lions pre-school kids class is a perfect example of how this works. 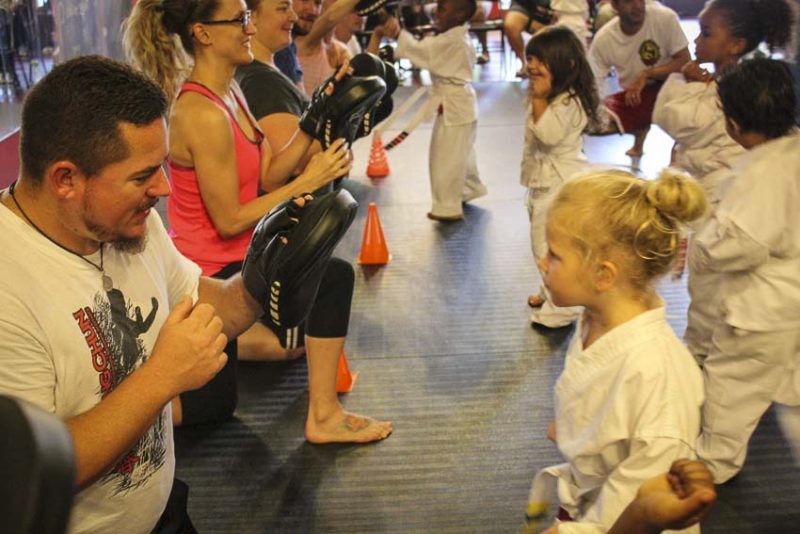 One argument with what age is too young for martial arts involves the ability to focus. For example, two to three year olds may have the desire to learn. However, they often lack the focus and motivation to pay attention for more than a minute at a time. This may be counteracted by engaging the child in frequent play breaks or games. Retention is very slow at this age, but possible over a long period of time. A four to five year old child is much more likely to be able to engage in class, but will still have problems with retention. To help children remember what they have learned, games can be used. Kids (and for that matter, adults!) remember words better when put to a song. A child at this age may play games like “Sifu Says,” where the instructor will encourage learning by asking the child to perform moves that they had learned that day, while simultaneously making sure they can follow directions in a captivating manner.

A six to seven year old may little bit better equipped to handle the demands of a martial arts class. Though the child will be slightly older and more able to comprehend, they are also likely to be more opinionated and resistant to training. This is, however, something that martial arts instructors are more than capable of dealing with. For the benefit of the child (and sanity of the parent), enrollment in a martial arts class is one of the best decisions a parent can make for their child. Our kids martial arts program is second to none. 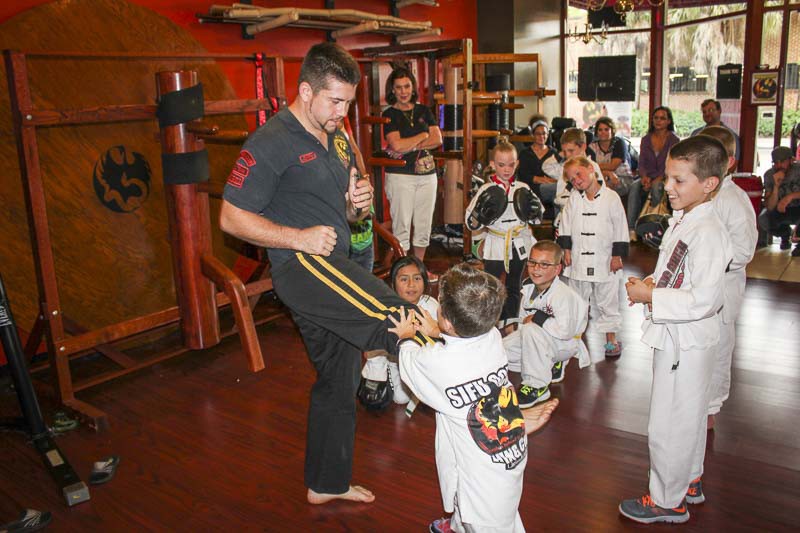 All Children Can benefit

All children can benefit from practicing the martial arts. The discipline, focus, and endurance gained will be an invaluable and impactful part of their childhood. The question is not necessarily how young is too young for martial arts, but rather what is the best age to start my child. At Sifu Och Wing Chun, we teach children as young as three years old. To deal with the attention issue our class is only 30 minutes and filled with fun. Learning a martial art is a lifelong journey—you might as well start early!