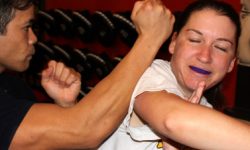 No one can argue that Bruce Lee possessed a powerful and muscular physique. Along with that, most people admire him because of the fighting styles he has shown—both in movies and in real life. Like so many martial artists, Bruce Lee trained in boxing, jujitsu, karate, judo and Greco-roman wrestling just to name a few. […] 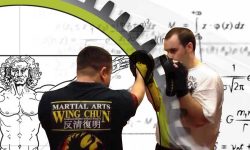 The Science of Wing Chun Self Defense

Every classic and modern combat system is based in science. It may not be up-front and obvious, but all fighting styles utilize movements, systems, and methodologies that can be broken down into force, leverage, inertia, angles, and power. If that’s not science—well, we don’t know what is. So it makes perfect sense that we’d want […] 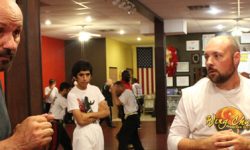 Is Wing Chun unstoppable? Of course not—no martial arts style is perfect. On top of that, it’s not necessarily the style that wins a fight, but the dedication and fitness of the practitioner who wields it. Still, there are some Wing Chun weaknesses that we can discuss freely and with openness to the style’s apparent […] 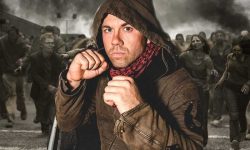 Sadly, there have been several recent reports of various attackers fighting off zombie attacks. Just today, I read a report of a youth who was running home when three or four zombies struck him. He arrived in the doctor’s facility with a nibble wound…whereby specialists then observed him until he converted. It’s clearly beneficial to consider how well you’re equipped to […] 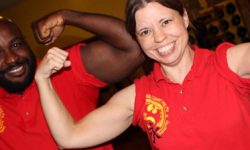 Newton’s law addresses countering energies, essentially saying that they provide an upward and forward counteracting force versus the opposing forces of gravity and rooting (the inertia caused by planting your feet correctly). Because of the principles in Wing Chun countering, we always train students to always press forward and downward—even when traveling backwards. Tension and compression are all acting […] 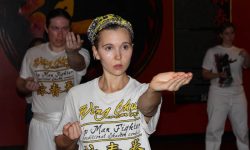 Training Wing Chun Kung Fu beginners starts right in with the hand to hand intelligent close combat system. Each technique is trained to be extremely effective—and that just takes repetition, dedication, and time. For self-confidence and self defense our program at Sifu Och Wing Chun in Downtown Lakeland florida is an amazing system. Wing Chun Kung Fu, while very well known […] 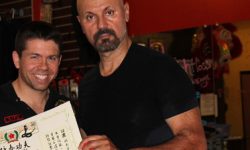 A lot of experienced and inexperience students come from various backgrounds, but should you fear Wing Chun training? We don’t think so at all…unless you’re an opponent ad you’re trained in another martial art that is! Fear comes in two forms: Fear generated by practiced Wing Chun, and fear of starting or engaging in a Wing […] 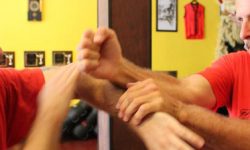 Wing Chun doesn’t emphasize elegance, points, or have a sports-oriented mentality. Its only interest is simplicity and using the most highly effective and proficient techniques. Your understanding and ability are based off of your teacher’s ability and your willingness to learn and practice. If they have it, and can teach it, you’ll be able to learn…if […] 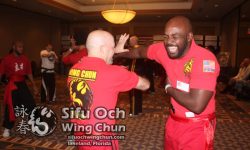 Some forms and styles of kung fu fighting, including Wing Chun, include the study and use of pressure points. When applied properly, pressure to particular areas of the body produces excruciating pain. This weakness or susceptibility in the human body can help you achieve victory over an assailant or attacker. Pressure Points Defined: A pressure point is literally […]