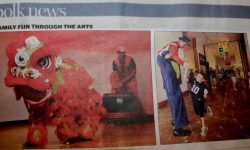 Lion Dance at the Museum – Chinese Lion Dancing The Lion Dance team under Sifu Och does charity performance for the Families of Polk County and The Polk Musem of Art!!  The Lakeland, Florida Wing Chun Martial Arts and Lion Dance Team were featured in the Lakeland Ledger! We love seeing the Polk News feature the […] 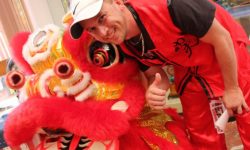 Chinese Lion Dance Team at the Polk Museum of Art

The Lakeland Polk Museum of Art held a free annual open house that was great fun for all ages!  The first 750 school-age children received a free goodie bag of art supplies! More than that, however, they got to see the Lakeland Chinese Lion Dance Team in action at the Polk Museum of Art. People stood at the […] 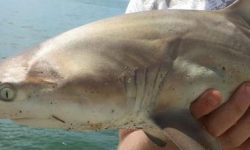 Sifu Justin Och took a trip to the skyway fishing pier with a small group of his Wing Chun Kung Fu students.  Gathering together for fishing, crab hunting and a great burn under the sun the team of students and Sifu traveled west to have a great fishing trip together. Though hard to believe, there is […] 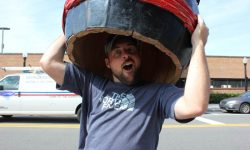 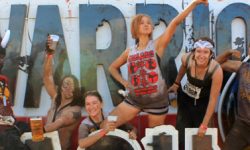 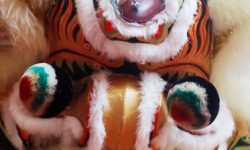 Make your next special event even more special with a Chinese Lion Dance Performance At first glance, the Asian Bamboo Gardens at the Jacksonville Zoo seemed to be an ideal place for families to rest, relax, and reflect. Yet little did they know a huge lion was lurking in the Bamboo Mist Forest, ready for action. Contact: […] 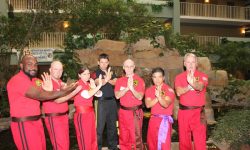 You can only be nominated by a high standing member of the council or elite martial artist that is already a long standing presence and affiliate.  Even then the council looks over your videos, record and history in the martial arts and if approved you are inducted, but this is never permanent. The Eastern USA […]